The decision to change the law for cannabis-based medicine in 2018 came partly in response to a rapid review of evidence by the chief medical officer, which concluded that medicinal cannabis products could be effective for some medical conditions.

According to UK Government rules, the initial decision to prescribe any cannabis-derived medicines must be made by a specialist doctor but GPs can then begin to prescribe under a ‘shared care’ agreement. Despite this framework, access to cannabis-based medication to UK patients through the NHS remains almost non-existent. 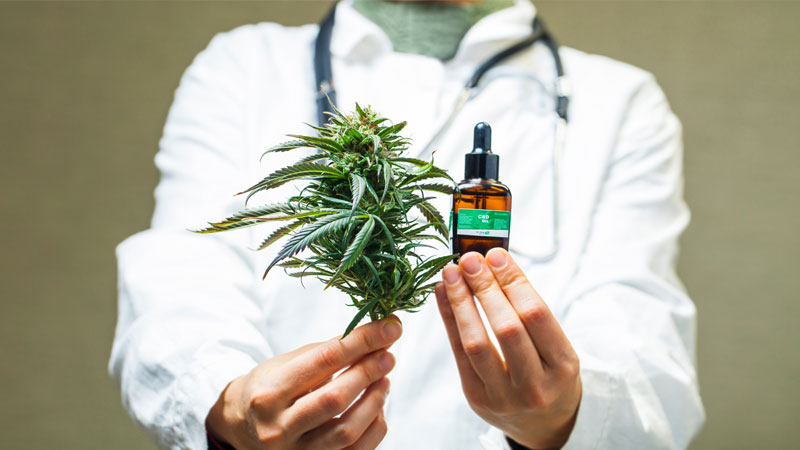 In March 2019, Matt Hancock commissioned NHS England and NHS Improvement to review NHS systems and processes to address any ‘barriers to clinically appropriate prescribing of cannabis-based products for medicinal use (CBPMs)’, suggesting even the Government acknowledges patients are not being prescribed suitable cannabis-based treatments.

Its recommendations included the establishment of a UK-wide paediatric network to support the discussion of complex cases and assist in evidence generation, clinical trials, and an alternative study for those already in receipt of a CBPM. NHS England and NHS Improvement will work with other national organisations to implement the recommendations and ensure that, where it is clinically appropriate, clinicians feel supported to prescribe a cannabis-based product for medicinal use on the NHS.

Several other recent initiatives should enable greater access to medical cannabis for patients who would benefit.

Last November, Cancard, a cannabis exemption ID card was launched in the UK with around 3.5 million medicinal cannabis patients thought to be eligible for the new scheme.

The Cancard scheme is backed by the Police Federation, medical cannabis patients and MPs, and is available to anyone suffering from conditions that have been prescribed for through private clinics since the law change in November 2018.

Those eligible, and in possession of a Cancard, will be able to identify themselves to the Police as a ‘registered medical cannabis patient’ and will have access to an open-source legal defence provided by Cancard should they require it. 20,000 people in the UK now hold a Cancard.

Not supported by BMA and RCGP

Earlier this year, both the BMA and RCGP stated they do not support the Cancard scheme, ‘nor the suggestion that UK registered GPs sign a declaration confirming a diagnosis in order for the card to be issued’.

As reported recently in Pulse, Carly Barton, the creator of Cancard said, “In order to verify the patient has a condition there is the option for a patient to submit a summary of care, or, we can confirm with their GP that they have a diagnosis listed. This is in no way implicating a doctor in the recommendation of using or not using a medicine, it is simply a way of confirming the patient has a condition.

“The feedback from GPs so far has been incredibly positive, it is very much being seen as a harm reduction tool in order for their patients to feel less stress over possible criminalisation simply for maintaining their health.”

With a medical working group of eight doctors, including GPs, involved in the development of the Cancard scheme and anecdotally positive feedback from GPs, it seems out of step for the BMA and RCGP to be warning GPs against involvement in the scheme.

This month, a founding member of Project Twenty21, Khiron Life Sciences Corp, commented on some of the early outcomes of the study. Project Twenty21 has now licensed prescription medical cannabis to over 900 patients who have been unable to manage their condition with commonly prescribed medicines.

In a separate move, the National Health Service cannabis patient registry launched in April to collect data from the estimated 250 patients per month being prescribed medical cannabis through the NHS; this compares to over 2,500 per month in the private sector. Perhaps this clinical evidence will help move cannabis medication further into the mainstream and persuade more GPs to prescribe it where patients are likely to see improvement in their conditions.

It will be interesting to see how this plays out over the coming months as more evidence of the benefits of medical cannabis to patients adds pressure on the BMA and RCGP to support the Cancard scheme and increase the frequency of NHS prescriptions for medical cannabis.