Cannabis under fire from wildfires

Extreme weather is just one of many factors for cannabis growers to contend with. America’s wildfire season, which usually starts in August through September, began in June and continues to rage in August. 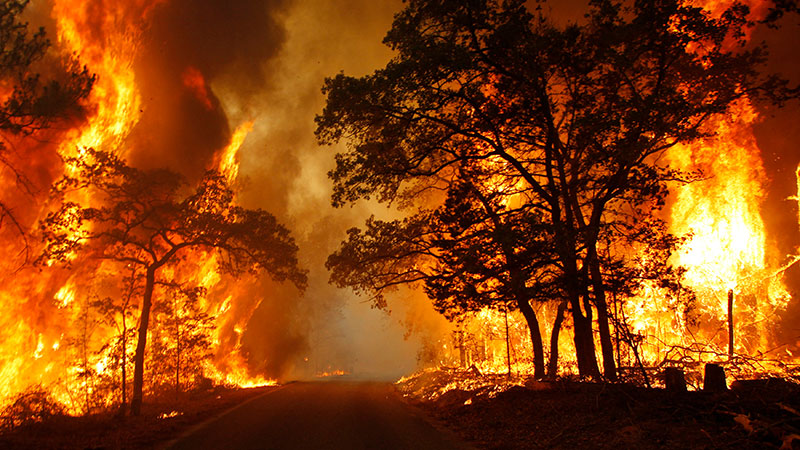 2020 was a historic year for wildfires on America’s West Coast. In November 2020, The New York Times reported on the effect of a changing climate on cannabis farmers in Washington state, an area prone to drought and escalating unpredictable weather patterns: more rain in August and more snow in the winter meaning too much water and humidity for the crops to flourish, and wildfires adding to the already challenging conditions.

New Frontier Data reports 51% of California’s cannabis cultivation is outside, with just 10% grown under cover, with 88% of the state under ‘extreme’ or ‘exceptional’ drought conditions in August 2021.

California’s department of forestry and fire protection (Cal Fire) has been cataloguing the intensifying impact of wildfires and of the top 15 most destructive fires in California’s history, 11 have occurred in the last five years.

Drought conditions increase the risk of wildfires and low water levels with which to fight them, leaving cannabis growers vulnerable. This year’s extreme heat has prompted fires to break out unseasonably early and it’s already shaping up to be the worst fire season yet.

Outdoor crops can only survive a few days without water when farmers are forced to evacuate, and both soil and crops can be contaminated by smoke, ash and fire retardants. But even indoor growing is affected by wildfires, where sunlight is limited by thick smoke and crops take time to recover.

Adapting to a changing climate

August and September are key harvesting times for many cannabis varieties so farmers are looking for alternative strains that can be harvested either side of the usual wildfire season, with some farmers diversifying into additional crops or indoor growing.

MJBiz Daily has recently published an article on how growers are preparing for extreme weather events in the American West, including California, Oregon and Washington state, where wildfires are stronger and last for longer and tropical storms are becoming more powerful.

As parts of Europe and the Mediterranean suffer a similar surge in temperatures and wildfires this summer, European growers will need to adapt to meet the demand from CBD producers and seize the opportunity to plug the gap in the market if American growers can’t meet global demand.

Adapting to a changing climate must include minimising water waste and increasing water efficiency through reuse and reclamation, investing in energy-efficient climate-management solutions to optimise indoor growing conditions and prioritising drought-resistant varieties.