The CBD market is fast-growing in the UK – predicted to exceed £1 billion by 2025 according to an article on New Frontier Data in June – and is widely seen as an important part of the UK’s post-Covid growth. But outdated legislation is limiting our momentum. 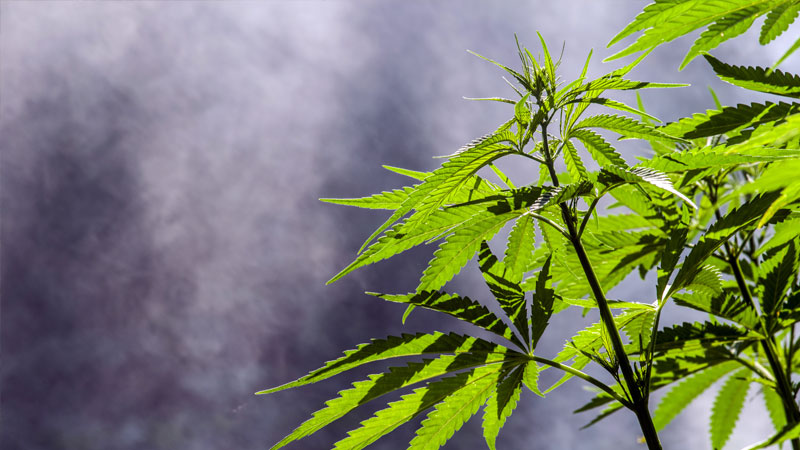 In the UK, hemp is licenced by the Drugs and Firearms Licensing Unit (DFLU) at the Home Office – something beyond most farmers’ experience – as currently the sale of products containing THC is highly restricted and regulated.

UK hemp farmers are unable to extract CBD from leaves, buds and flowers, meaning the bulk of the UK’s lucrative CBD market is fed by imports from countries such as Switzerland. Many European countries permit the sale of hemp flowers and their extraction for CBD, placing our farmers at an unfair disadvantage, where they are forced to destroy up to 80% of their viable hemp crop. Surely it’s time for change?

Moving to a full commercial licence would allow UK cultivators to grow and distribute the whole plant for medical or pharmaceutical use, which would be a big incentive to UK farmers to include hemp as part of their crop rotation.

In 2010, UK consumers spent £300m on CBD products and this has increased year-on-year with sales valued at £690m by April 2021. But almost all CBD oil sold in the UK is imported since the extraction of cannabinoids from hemp is prohibited in the UK, locking UK farmers out of the market.

That said, demand for industrial hemp is increasing due to its outstanding eco-credentials and ability to sequester carbon, so UK farmers can benefit from growing hemp for its fibres for use in ropes, construction materials, biofuel, animal feed and as a plastic alternative.

The Centre for Medical Cannabis (CMC) and Association for the Cannabinoid Industry (ACI)’s joint “Green Shoots – Sowing The Seeds Of The New UK Cannabis Industry” paper published in May, states British growers are actively discouraged from growing hemp because of “Outdated rules governing research and cultivation” which are “the biggest barrier to capturing the value of the cannabinoid industry for the UK.” Recommendations include the Government looking at “Reducing barriers to entry, and making the UK market more dynamic and economically competitive.”

The regulatory issue is linked to EU policy and subsidies, and Brexit opens an opportunity for the UK to take the Swiss approach, and allow British farmers to benefit from the popularity of CBD.

In recent weeks, Department for Environment, Food and Rural Affairs (DEFRA) minister, Victoria Prentis MP has discussed solutions to hemp policy, while George Freeman MP has championed hemp reform and investment as part of the Taskforce on Innovation, Growth and Regulatory Reform (TIGRR).

Speaking at the Medical Cannabis Summit hosted by the Centre for Medicinal Cannabis, George Freeman MP said “If we can get the regulatory framework right…where there is huge demand for medical cannabis and medical cannabinoid products, then we could start to grow more of that and supply that product here in the UK. We could have an industrial hemp industry that would be good for British farming and agriculture, we would not rely on imports so much to develop these products and that would be good for the balance of trade.”

We see huge potential for British-grown, hemp-derived CBD in a more fairly regulated, competitive UK-European market and we look forward to seeing progress over the coming months.